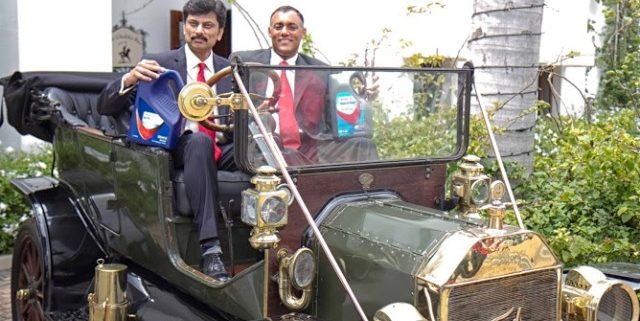 A Pietermaritzburg oil distributor and the Dubai arm of an Indian company have struck a multimillion-rand distributor deal which they say will shake up the “disorganised” and “complacent” motor oil and lubricants industry.

National lubricant distributor Drakensberg Oil and Dubai-based Veedol International have warned of massive shortages in the industry as fuel shortages climb to 4 billion litres this year. They are also looking to Africa to expand their business interests.

At a meeting in Durban yesterday, the two companies presented the deal to the business community and the media.

Drakensberg Oil’s owner, Darin Samuels, warned that the fuel shortage would grow to about 15 billion litres by 2030, which he said would have a massive impact on the lubricant oil market.

“This is our first foray into Africa and this deal is to open doors. There are already big brands in this market, but we are not afraid as we have identified their weaknesses.”

Jalaluddin said the annual lubricant oil consumption in the country was 400 million litres which meant that South Africa was of “strategic importance” for the company.

Andrew Layman, of the Durban Chamber of Commerce and Industry, praised the deal, saying it cemented KwaZulu-Natal’s positioning as a gateway to the continent and was economically significant.

“I remember when Drakensberg Oil started as a fledgling business in Pietermaritzburg 13 years ago. To see you here today striking up this important deal is fantastic. You are the kind of businessman this country needs,” he told Samuels.

Samuels said the distributorship would start with the development of nine depots in KwaZulu-Natal. The initial cost he estimated at R5 million.

Once sales had reached 5 million litres, the company would set up its own blending plants. “There will be the franchised outlets and then, of course, the retail sector. This is a premium brand – we are not importing junk – but it will be, price wise, a lot more competitive than the existing premium brands.”

He added that established brands were “complacent”.

Arun Kumar Menon, the general manager of Veedol, said the deal was five months in the making. “This is all part of the bigger Africa story and we are here in South Africa to test the waters,” he said.

The global rights of the Veedol motor oil brand, which has a more than 100-year history and originated in the US, were acquired from BP by the Tide Water Oil Co of India in 2011.

Want to join the discussion?
Feel free to contribute!

Veedol, Re-establishes a new chapter in the history of lubricants with Galadari...